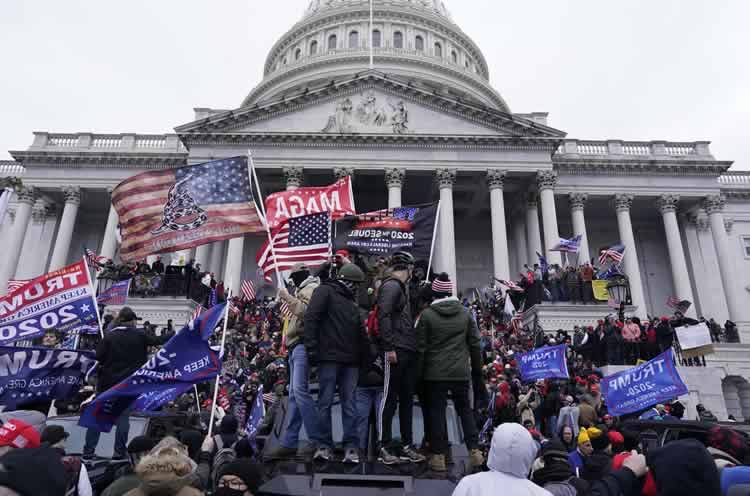 Service members know that joining the military means handing control of most of their day-to-day lives over to Uncle Sam. But how they spend their time in their off-duty hours remains up to them, as long as it does not violate the law, military orders or command directives. Can those who are enlisted or officers in the United States military participate in protests or political activity? What rules inform and guide service members in the Army, Air Force, Navy, Coast Guard, Space Force, and Marine Corps? What about members of the National Guard and the Army Reserve or Air Force Reserve?

The Difference Between Political Activity And Political Protest

In all instances, military rules of conduct make a clear difference between attending or participating in a protest and being politically active as an American citizen. There are clear rules for both, and all military members are expected to abide by them.

We will explore both, but it is crucial to understand at the beginning of the conversation that protests are not necessarily viewed the same as political activity even if some of the rules seem exactly the same for both. Protests have a higher potential to veer off into illegal activity, and there is a clear line in the sand for those in uniform. They are expected to maintain good order and discipline and make correct choices accordingly in such cases.

Service members know that joining the military means handing control of most of their day-to-day lives over to Uncle Sam. But how they spend their time in their off-duty hours remains up to them, as long as it does not violate the law, military orders or command directives.Military members must not, first and foremost, participate in any illegal activity that may arise from a protest or political event. They are forbidden from participating in fundraising for political activities (with exceptions for making personal donations).

Military members are permitted to display political bumper stickers, but they may not use “official authority or influence to interfere with an election, affect the course or outcome of an election, solicit votes for a particular candidate or issue, or require or solicit political contributions from others.”

Military members are also restricted from publishing “partisan political articles, letters, or endorsements signed or written by the member that solicits votes for or against a partisan political party, candidate, or cause.” It is important to note that this does NOT apply to “letters to the editor” or similar situations.

This is not to imply that military members can’t participate in politics. The DOD has a longstanding policy of encouraging members to carry out the obligations of citizenship and the DOD encourages its military members to register to vote and vote as they choose.

According to DoD Directive 1344.10 dictates whether active-duty military members can participate in political activities, including protests and rallies.

That directive, they say, does allow military members to personally engage in partisan activities, including writing letters to the editor for or against a specific candidate or attending events as spectators out of uniform.

But it blocks them from leading or actively participating in those events, publishing partisan political statements outside of a letter to the editor, speaking at any political gathering or soliciting votes.

A separate set of rules, >DoD Directive 1325.06, further addresses active-duty troop attendance at off-base demonstrations. That instruction blocks troops from attending if they are on duty; they are in a foreign country; the activity is a "breach of law and order;" or "violence is likely to result," it states.

According to DoD Directive 1344.10 also addresses how and where military members are permitted to display political signage.

For the most part, the rule blocks troops from displaying any political signage on base, including on their private vehicle. The only exception, the rule states, is "a bumper sticker." Troops and their families living on base are also barred from publicly displaying political signs, posters and banners at their homes.

The Key To Understanding The Rules About Protests And Political Activity

In all cases where a regulation or law affects service members in relation to protesting OR political activity, there is a general rule of thumb you can use that helps establish a safe personal boundary for such involvement.

Most, if not all the rules pertaining to these questions address the issue of ATTENDING an event, rally or protest, etc., and PARTICIPATING in one. If you attend a protest but do not participate, you are safe. However, if you attend in uniform, you are in violation or potential violation of the rules even if you are a spectator only.

The same is true for political events, movements, causes, rallies, etc. You may attend (voting is considered attendance) but not participate. You must never be seen, or be perceived, to act as one endorsing an event, candidate, etc. as a member of the Armed Forces or as a DoD civilian. That is one reason for the prohibition of attendance in uniform.

Legal Authority For Issuing Guidelines On Political Activity And Protest

There are multiple regulatory publications that inform military members and federal employees on their rights and responsibilities for political activity and protest.They include:

Some rules, such as those found in the Uniform Code of Military Justice, address specific issues that can lead to a breakdown of good morale and discipline within the ranks. Article 88 of the UCMJ specifically prohibits commissioned officers from disrespecting public officials as follows:

Other guidance is less specific, and written to address a broader set of issues. For example, the Hatch Act was written as a guide for federal employees that restricts certain activities on and off-duty.

Federal employees may not, for example, “seek public office in partisan elections, use their official title or authority when engaging in political activity, solicit or receive contributions for partisan political candidates or groups, and engage in political activity while on duty,” according to government literature.

Under the Hatch Act, some federal employees are considered “more restricted” under these laws than others. Who is “more restricted”? Public Health Service Commissioned Corps officers, Administrative Law Judges, and Career Senior Executive Service employees.

Active-duty troops are not only permitted to vote, but encouraged to do so. There are a variety of rules, laws and federally funded efforts ensuring or promoting troops' ability to vote, even while deployed.

The Federal Voting Assistance Program is ordered by law and governed by >DoD Instruction 100.04. That program encourages and supports absentee voting for military members and their families and provides nonpartisan assistance with voter registration.

Active-duty troops are also permitted to assist with nonpartisan voter registration efforts, according to DoD Directive 1344.10.

DoD Directives 1344.10 and 1325.06 also give guidance on whether troops can participate in political groups or parties or be affiliated with extremist groups, including supremacist organizations.

According to 1344.10, troops may join a political party but may not hold a leadership role. They may attend partisan fundraising activities or events and personally make donations, but may not actively raise funds.

Active participation in any supremacist group that promotes "illegal discrimination based on race, creed, color, sex, religion, ethnicity or national origin" or advocates the use of violence or force is completely prohibited by Directive 1325.06, according to Defense Department officials. Simply being a member of such a group while not actively taking part in any activities.

Can Active-Duty Military Members Disrupt Voting or an Election?

A number of military laws and instructions block troops from disrupting U.S. elections or attempting to overthrow the government, including Directives 1344.10 and 1325.06 and Uniform Code of Military Justice Article 94. Also, legal experts say, such activity falls under UCMJ Article 134, which bans actions detrimental to good order and discipline.

The first thing to understand about all DoD guidance in this area is that federal employees, military members, and their families are encouraged to participate in the political process.

This can include voting, donating, and typical activities that are by their nature publicly non-partisan. The act of voting, for example, is a non-partisan act no matter who you support. The CHOICES you make in voting are political, but the ACT of voting is non-partisan. The fact that you donated funds to support a political cause is not in itself viewed as a partisan act. You can hold a non-partisan office as a military member such as being on a local school board, but such activities may not interfere with your military duties in any way.

As the Hatch Act guidelines listed above point out, service members and federal employees may not use their position to influence subordinates in any way, may not solicit donations or other funds from subordinates, and cannot participate in the political process in uniform, especially in a partisan way.

These rules are not just codified in this context; in general superiors are forbidden from soliciting from subordinates. They are also restricted from making official statements about political issues, participating in public events while in uniform in any context where that may be construed as an official endorsement of a party, organization, movement, or cause, etc.

This is NOT a comprehensive list of restrictions, but it gives a very good idea of the expectations for those who serve. At the end of the day the “attend but do not participate” rule of thumb is the safest basic instruction to follow if you are unsure of your responsibilities while serving in uniform.

What is a Homeland Security Degree?
What is the New Forever GI Bill?
What Information Technology Jobs Are Available With A Military Degree?
How Can I Help Establish a Veterans Center on my College Campus?
What is a Senior Military College?
Do Veterans have to Pay Out-of-State Tuition?